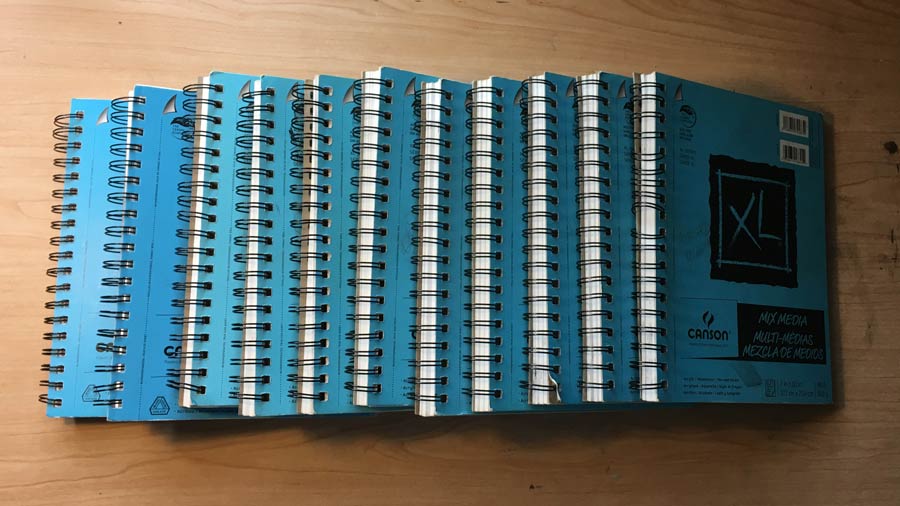 I’ve used a few Canson Mixed Media sketchbooks over the years. They are one of the few sketchbook with paper that I enjoy that you can get nearly anywhere. I’ve bought them in Wal-Mart, Michaels, local art supply stores (RIP Askew Taylor in Raleigh, NC), and Amazon, obviously. They are ubiquitous, cheap (I’ve gotten them for $5 often), and it takes most every ink you can throw at it. Well. 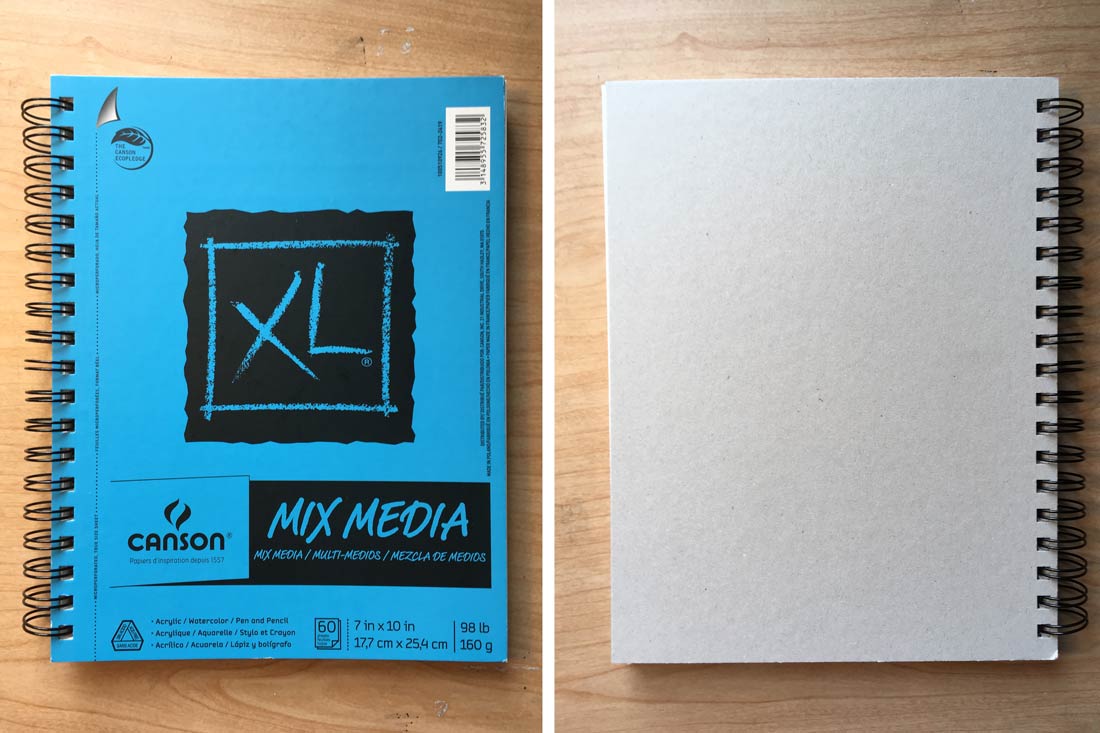 Now it’s a simple sketchbook. There are no real frills here. It’s an ugly workhorse. But it is a workhorse. 60 Pages, heavy duty paper, can take a certain amount of wash OK (it will buckle a bit), and I don’t feel bad about drawing a shit ass doodle in this thing. It’s 5 bucks. You can do a masterpiece beside a set of 30 second gestures and it’s not that upsetting. AKA, this thing is a actually sketchbook versus what most people end up doing with Moleskines, creating their James Jean or Kim Jung Gi masterpiece sketchbook. 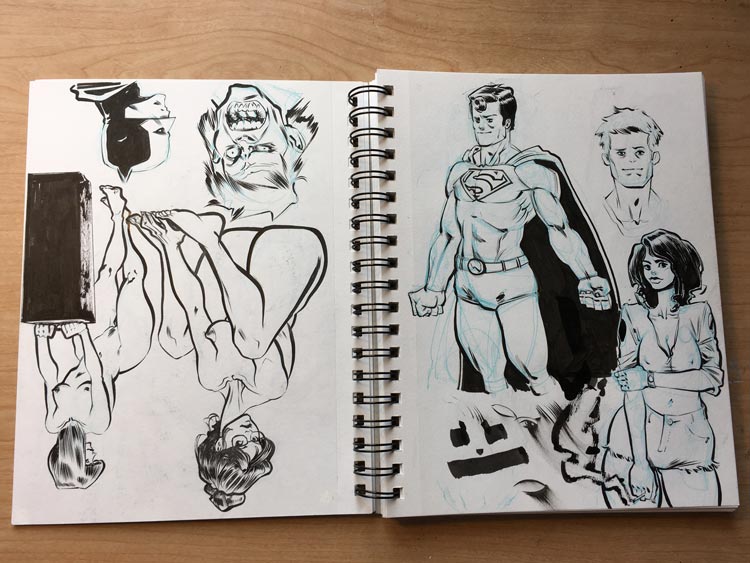 I ain’t neither of them, as much as I wish I was. Though I’d say that these sketchbooks helped me a lot in getting better. They allowed me to really throw some garbage out on the page and just draw, instead of worrying about messing up a page in a “Gallery” of a sketchbook. 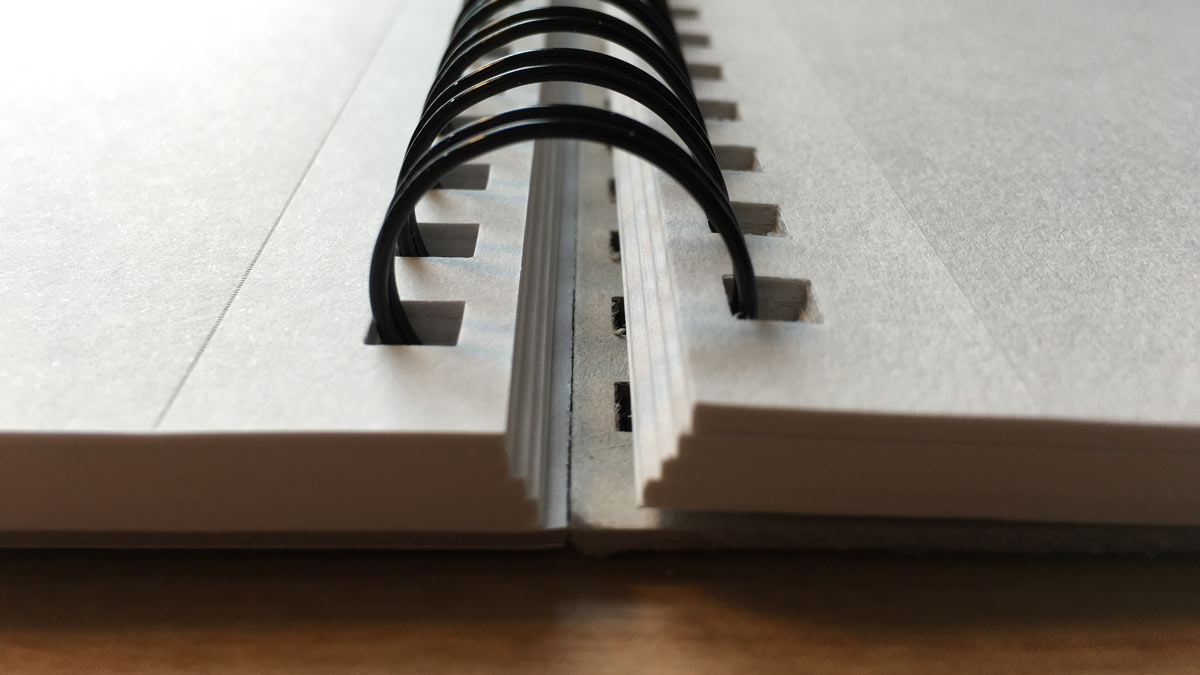 There are two very specific feeling sides to the paper, you can really tell the difference in tooth. The front side of the paper is like a fake watercolor paper, you would never mistake it for actual watercolor paper, but the ‘cold press’ like feel of it is there. It is a thirstier paper, so it can cause some dry brushing at times. But it’s not that bad. At all. The Stillman and Birn Alpha paper is a much thirstier paper, so if you know what that’s like, imagine a place between that and a smoother Bristol Board.

The only thing worse than how the outside looks is the spine though. I hate this coil. It’ll bunch up after a while, wiggle around and just be a general nuisance. I personally end up rotating the book every other page to keep from having to draw into the coil on the back side of the pages. And it’s really thick, but it has to be to house 60 pages of this heavy weight of paper, that doesn’t stop it from being annoying as hell though. I like how you can fold it back and also not have to deal with the hardbound versions lack of layflat, so it’s a compromise I’m willing to make for how cheap and versatile it is. All pages are perforated, which is good for easily getting rid of a really bad sketch or taking out something that turned out good, but it can also rip out if you are erasing as well. 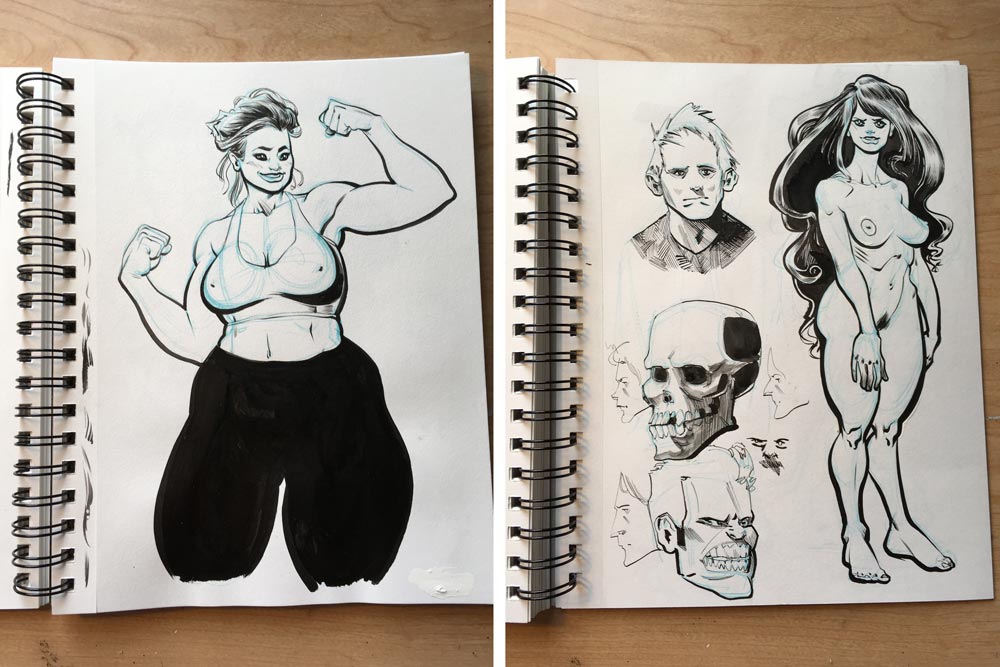 Markers will tend to bleed through unless you are lightning quick, and can even bleed through a page or two. If you do marker, I suggest having one of those packing pages behind your paper. Also, this isn’t the best sketchbook for pencil, especially if you are toting it around a bunch. One of the bad effects of the coil, and how loose it is, is that the pages ‘shimmy’ a bunch, slowly rubbing each other back and forth. I’ve noticed many a pencil sketch get ghosted, and even every now and again make its way to an opposite page, which is a pain. If that’s your medium, it’s still cheap enough to try it out and see how bad it is, but it’s a factor. 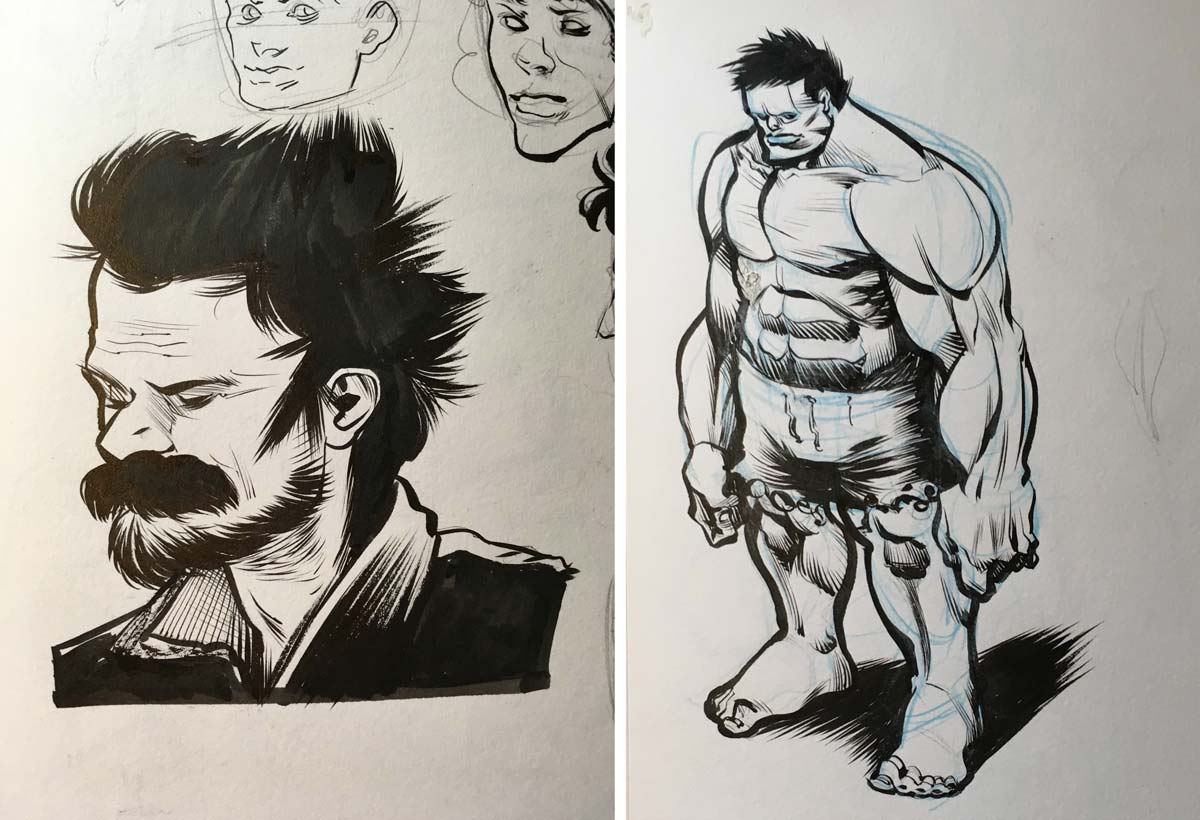 I would also deeply suggest sticking with the 7”x10”. The 9”x12” starts getting floppy on the covers due to the weight of the whole thing. The 7”x10” is a pretty solid unit, doesn’t really fold or move around much.

One last word: There is a “Rougher” version of this sketchbook, and it is to be avoided. It’s some of the thirstiest, dryest paper I’ve touched with ink. I hated it. It looks nearly identical to the normal pad, but it says “Rough” on the pad as well. Avoid it. Michael’s got me recently with this, which is why I went ahead and ordered 4 from Amazon to make sure I had a few for a while.

Overall, because of that coil, this is getting a sweet 4 out of 5 Zaffino Crazy Face Franks. I highly suggest giving these a shot.