The Pentel Pocket Brush Pen is one I’ve had issues with for years. It was my first brush pen purchase ever, somewhere in my senior year of college. I grabbed one, it had some OK qualities, but I wasn’t super happy with it. I’ve purchased two more Pentel Pocket Brush Pens since then. The first one developed a major split in the brush hairs, making it come to two tips instead of one. The second one was too wet in flow, until I changed to a sketchbook with rougher tooth paper, then it became too light in flow to make the marks I wanted to make (people refer to this as dry brush). This also might have been an issue with me using other types of ink for a while, always fountain pen ink, but still not standard Pentel Pocket Brush Pen refills.

To put a long story short, I gave all of this a shot again, and while the Pentel Pocket Brush Pen does definitely have issues, it’s also one of my favorite mops to draw with right now. Let’s get into it.

The Pentel Pocket Brush Pen is used by pretty much everyone. It’s really dang cheap, usually going for less than 15$ with two ink cartridges included. I’ve bought brush pens for $60+ (that would be the Platinum CF-5000, which I will do a review of soon enough), so it could be way worse. It’s the most ubiquitous brush pen on the market in America, so it’s the only one you can even hope of getting a refill of on the fly (Kuretake, Platinum, and Kaimei ink cartridges are pretty much online only unless you got a ballin’ art store near by). Lot’s of pro comic artists use them (Paolo Rivera, when not inked by his father, seems to use them exclusively now). 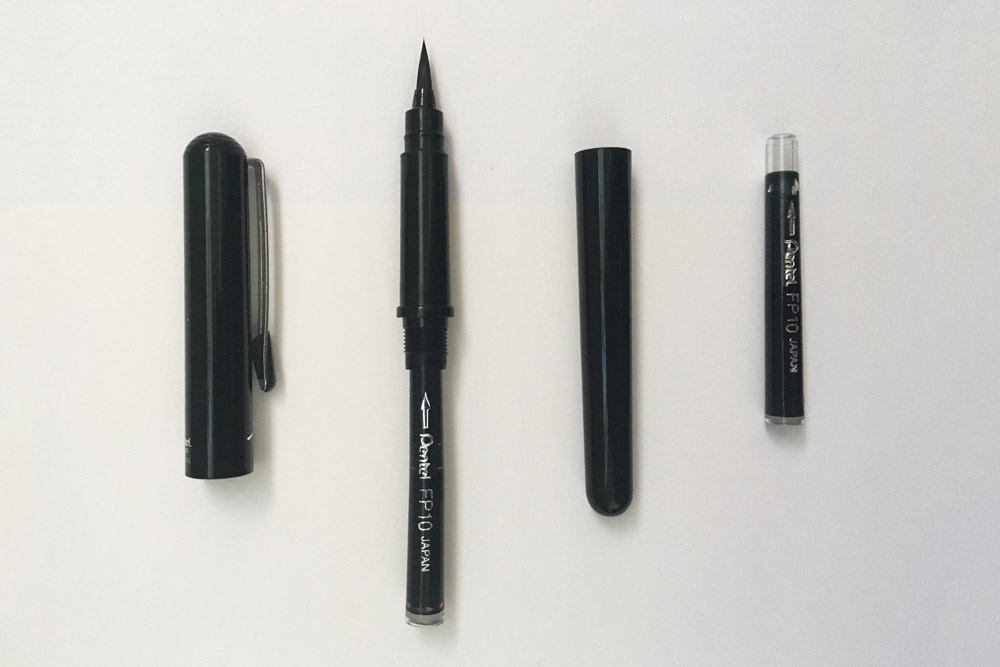 The ink that comes standard in the cartridge refills has one leg up on nearly all brush pens on the market: it is waterproof (kind of). Kuretake Brush Pens require the use of other ink brands (predominantly, Platinum Carbon Black ink, though I have used Kohl-I-Noor Tech Pen ink in them as well as Noodlers Bulletproof Black) to be waterproof, and most of those inks start coming out of the Kuretake at a very high flow, making it very hard to do a hair line mark. 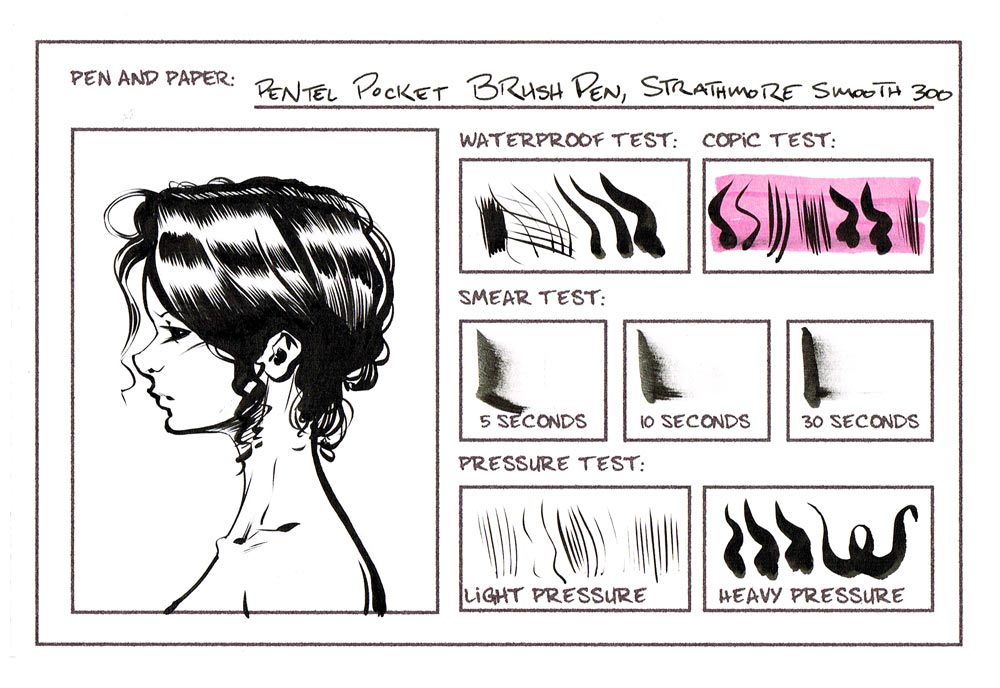 I was a little surprised by the smear test. Bear in mind, those were some fat lines and it is colder right now (the hotter it is the ink dries a little faster), but still. On the test on Vellum Bristol you can see that I ended up smudging from where certain pools of ink took forever to dry. I waited quite a while to check the Copic test and it only seemed to smudge where those pools of ink would have been, so it’s probably more surface ink that didn’t get soaked into the paper that came up, but it could still be and issue. 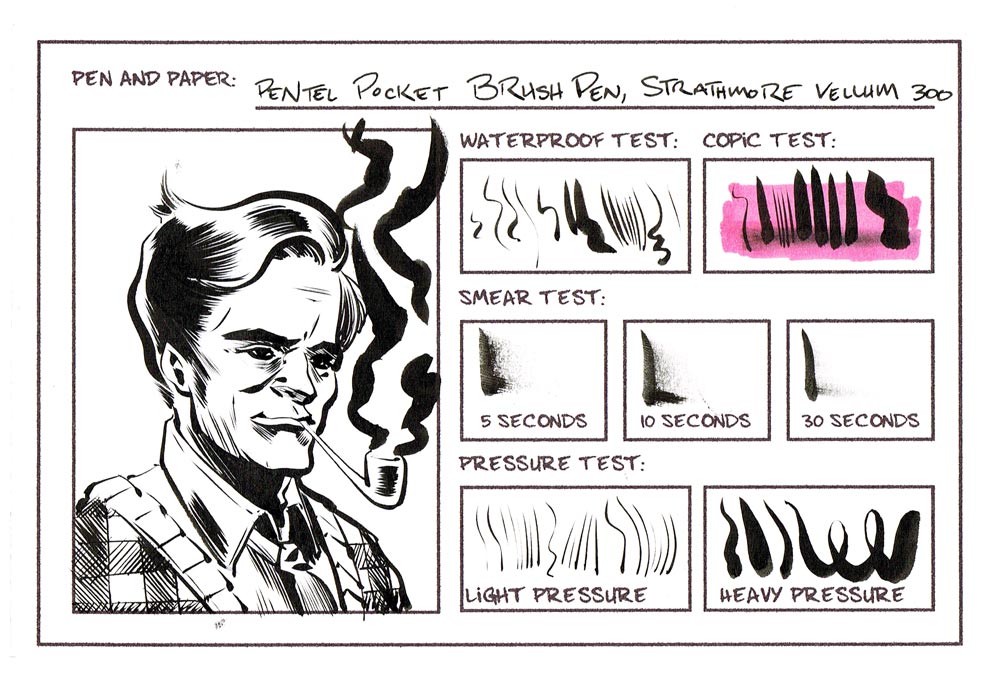 The smear test did seem to do a little better on the Vellum Bristol (more surface area to dry the ink I imagine), but other than that the results weren’t nearly as drastically different as I imagined (which is kind of a good thing!).

How thin the line ends up getting is going to be mostly due to how wet your pen is at the time. Like I said earlier, if it’s colder, the ink is wetter, even coming out of the brush pen. Also, how full your brush pen ink cartridge actually is will affect it too, amazingly enough. If you find it’s too much, you can change the angle you are drawing at (if you are drawing on a flat table versus at an angle, it can vary ink flow), or another option is to have something around to wipe excess ink off with (paper towel, old rag you don’t care about, spare piece of drawing paper). It’s extremely wasteful, but it works.

If you end up using this pen with a ‘thirstier’ paper, like a cotton rag type, you’ll probably start having more issues with drier ink flow, or if your pen is nearly out of ink (duh). Some people dig on that kind of effect, so maybe you’ll like it too.

The final verdict is: Four Zaffino Crazy Face Franks out of Five.