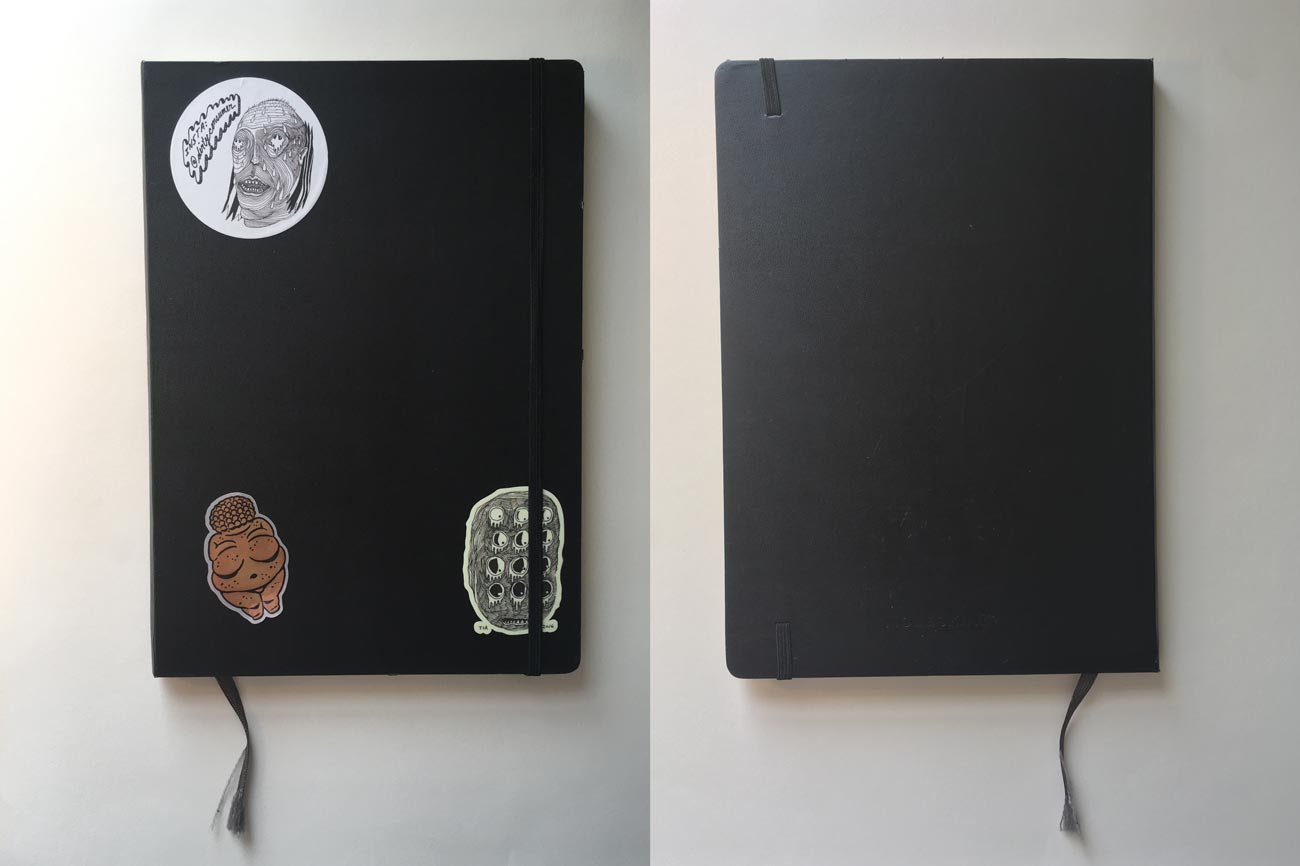 I’ve gone back and forth on Moleskine’s over the years. They were the first expensive sketchbook I ever got myself (the Pocket 3.5″x5″ sketchbook). I’ve used a few of their plain journals as sketchbooks over the years, though that never worked very good with the thinner paper and all. I’ve had a few of the medium sized ones (they call them larges, 5″x8.25″), and those are just cramped for me at this point.

I had also been not too into Moleskine’s for a while over issues with ink. When I got more serious about sketchbooks, I was using Kuretake Brush Pens at the time. And those things did not work at all on Moleskine Sketchbook paper. It would just barely adhere to the page, you would see where it wasn’t evenly getting accepted onto the paper at all, looked like it was oil and water almost. Due to that, they were dead to me.

To the left: Pitt Warm Gray Marker not fairing too good. In the middle is a zoom in on feathering, happens with Pentel Pocket Brush Pen ink and Platinum Carbon Black ink (and probably a few others!). On the right, Kuretake ink not reacting well on the paper either. At the same time this happened, I got gifted a Moleskine A4 Folio Sketchbook, and while it was really cool (and the first few pages had some sweet original art from some buddies of mine), I was just turned off and put it in the bottom of a box for a few years.

Lately, I’ve been on the quest to find my perfect sketchbook, and one thing that I started noticing is that I just really liked how Moleskine’s worked. The layflat paper is a necessity. I also hate wire bound sketchbooks (I do not like my hand hitting the wire one bit), so it had to be book bound. It also had to be hardcover, since I sketch in a chair a lot and the hardback gives you something to work on. So, I pulled out that Moleskine and tried it out again.

It still has issues. Kuretake Brush Pen ink still does not work with the paper. The paper is highly inconsistent. Some pages ink goes on like butter, and there is no feathering in the slightest. Other pages have major feathering problems by my standard. Anything waterbased looks like straight garbage. Most markers don’t look very good either. 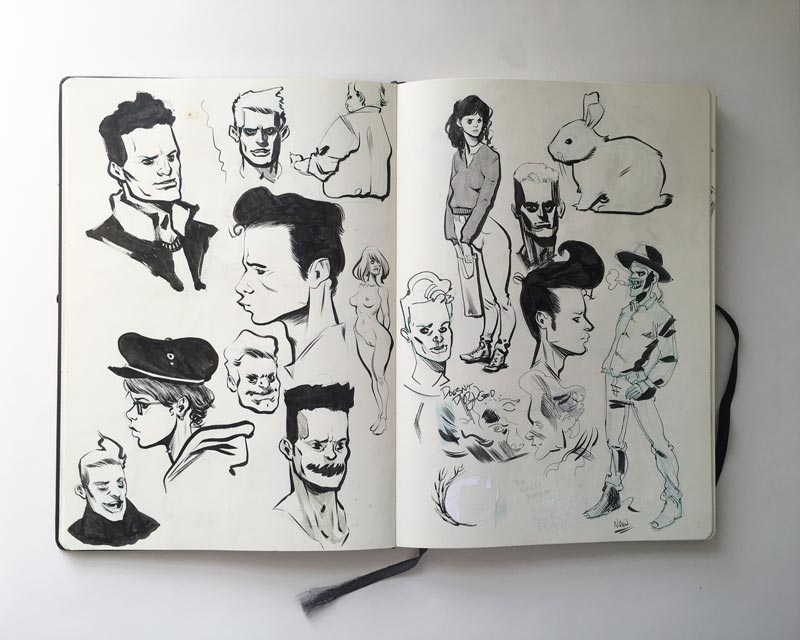 There are so many things that I like with this sketchbook, but too many things that take away. While this paper probably has some of my favorite tooth of any paper, how bad it is at feathering at times is rough. From a design point, this is my ideal sketchbook look. But looking pretty on the outside doesn’t help much with an actual end product.

Are there similar sketchbooks that are better? Kind of. Illo Sketchbook’s are really nice. The paper is actually outstanding, I love the way the thing feels, and it ticks off a lot of the things I want in a sketchbook. I’m just not digging the square. I thought it would be a great little change of pace, but somthing about drawing in a square that size just is not working for me. I pray they add a A4 equivalent one day, but for now I think they are staying in the 8″x8″ size lane, which is sad. 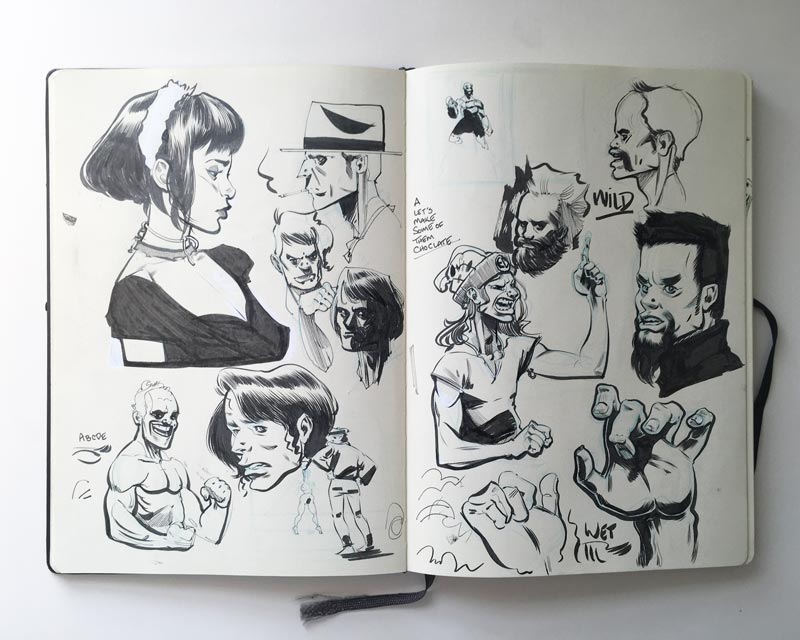 Another alternative is Stillman and Birn Epsilon books, which have good paper too, but they don’t really lay flat. I want that layflat. And one of the shittiest complaints you’ll ever hear about a sketchbook: it’s too thick. When the sketchbook is too thick it makes it hard to draw when your hand is near the edge of the paper, since your hand is so much higher than the surface the sketchbook may be on. It’s a small complaint but it way matters to me. 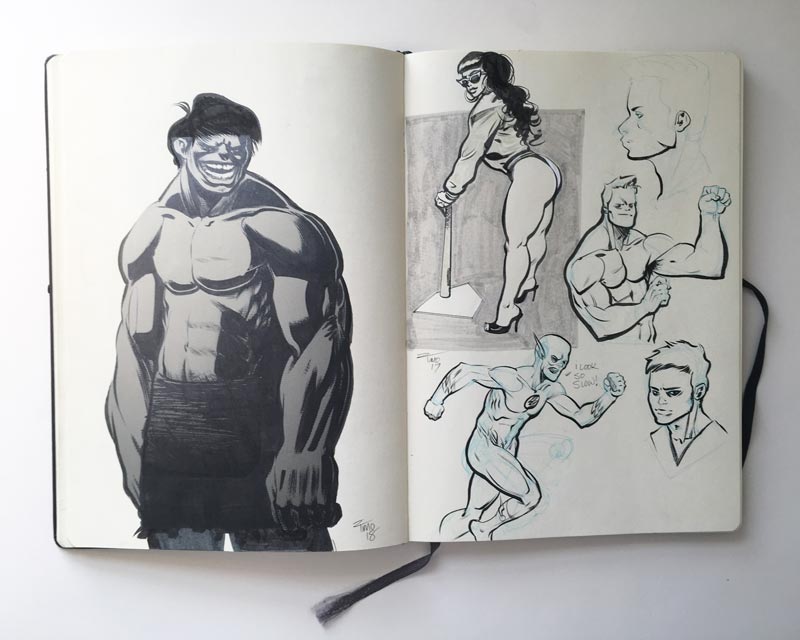 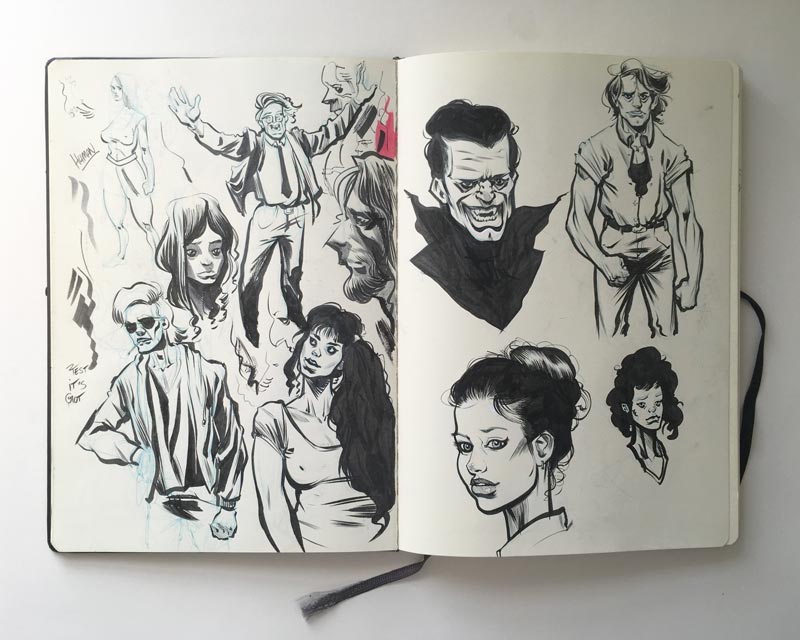